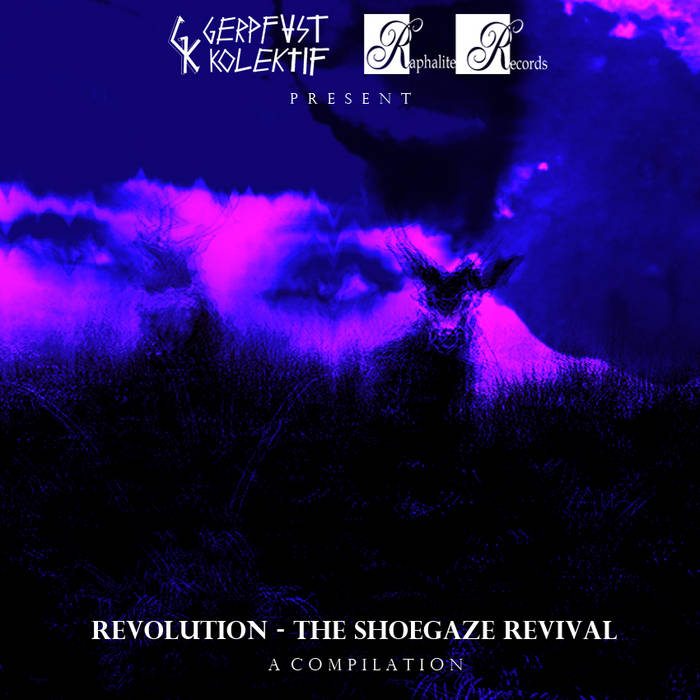 Cataclysmic times, it’s often said, produces great art. So does diversity. The modern day musical landscape is in a constant state of change with its many scenes recreating themselves into something interestingly new. This equally applies to the shoegaze genre. Beautiful Noise is still being made and it’s sounding from all four corners of the globe.

2014 was a great year for shoegaze fans, with news surrounding the reformation of bands like Slowdive, Swervedriver, Ride and Medicine. 2015 is primed to be just as interesting and we are kicking it off by presenting the new breed, who are writing the next chapter in shoegaze. In the wake of the reformation of these ‘first wave’ shoegaze bands, we have amalgamated underground artists from all over the world, who are virtually united under one revolutionary flag
– that of a shoegaze revival.

"Revolution - The Shoegaze Revival" is an epic, truly international 30-track compilation comprised of outstanding original material. Such bands have set the stage for shoegaze pioneers’ return to today’s scene by upholding their wall of sound and painting it with breathtaking colour. Some of these bands are also ‘first wave’ but have remained underground, while some are newbies – the ‘second wave’ of shoegaze.

Curated by UK label Raphalite Records and Indonesian label Gerpfast Kolektif, this compilation features 30 bands from 16 countries, covering 5 of the 6 inhabited continents. Each was selected purely on the basis of their dynamic sound, without any consideration of geographic preference, label affiliation, popularity ranking or hype. Without even one throwaway or filler track, these are all 'keepers'.

This is not a shoegaze tribute album to MBV or Slowdive, or even The Beatles. There is simply so much greatness to the new wave of shoegaze that we’re focusing on original tracks, which showcase the immense talent of the featured bands. For some, this album may be the best shoegaze soundtrack they’ll encounter in 2015. At minimum, this will serve as a fantastic introduction to these new sounds and happily tide existing shoegaze fans over for quite some time.

Creation Records co-founder Joe Foster (also noted for producing My Bloody Valentine, Primal Scream, and Jesus & Mary Chain) is also throwing his support behing this initiative, stating "This is a new comp with the best of the world shoegaze/magical psychpoppy's REBIRTH.... Why do I refer to rebirth instead of revival? In contrast, a *rebirth* in the same period gave us such bands as The Cramps, Primal Scream and Cocteau Twins - what a range!! And such a huge and wide world of music...this is exactly what is happening again in a new and unexpected way! 30 bands from 16 countries worldwide...an unprecedented spread of hope and art".

Members of Swervedriver, Slowdive, The Brian Jonestown Massacre, Swallow [4AD], Strata Florida [Saint Marie Records] and The Telescopes [Creation Records] have also expressed their support, as well as renowned British producer Fran Ashcroft (Damon Albarn, Lords of Acid). We are hopeful that this compilation will help move this genre beyond being “The Scene That Celebrates Itself” to one that is also celebrated by others...
credits
released 10 September 2015